This is a first … Commercial Networks raise awareness of bigger issues! 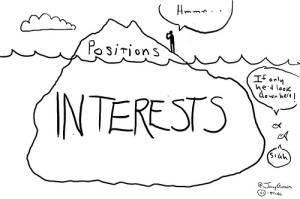 An Article in The Australian on 27th April entitled “FTA Networks unite against GroupM” (Darren Davidson) opens with the statement that “The CEOs of the three main commercial networks have launched an unprecedented attack against the biggest buyer of television airtime in the country, warning WPP’s GroupM to stop talking down the free-to-air TV industry or face ­serious consequences in advertising negotiations.”

It goes on to explain that … “the row has erupted weeks before GroupM thrashes out deals for the 2015-16 fiscal year to determine the share each network will get from an estimated $1bn annual budget. (GroupM) has questioned the cost of TV advertising, citing audience declines and cheaper alternatives like digital advertising. But the networks could offer more favourable TV ad rates to GroupM’s rivals, and give them first option on coveted ad spots in live event programming such as the State of Origin series and AFL grand final.”

While this article needs to be recognised as a shot over the bow of the GroupM juggernaut by the networks as they commence annual group negotiations, it highlights a number of issues.

Ultimately this article highlights to us that sound strategic intelligence, not emotion or pre-conceived considerations, is required to identify the optimum media mix and deliver the most effective communications plan.

Lord Leverhulme (1851-1925) famously stated that “Half the money I spend on advertising is wasted, and the trouble is, I don’t know which half.” Sadly this is still true a century later.

However, marketers can minimise “the unknown half” by demanding that their media agency deliver:

Another means of reducing “the unknown half” is to talk to Enth Degree about independent third party media agency performance measurement.