The agency pitch – the last resort?

When advised by a potential client that they want to “review the market” because they are dissatisfied with their Communication Agency’s “_____” (insert here, usually Service/Creative/Cost). 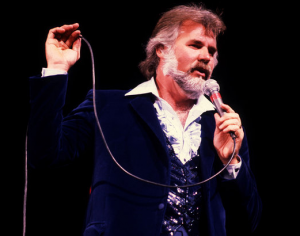 We advise that this should be the last resort.

Like all partnerships, the Marketer / Agency relationship is subject to significant pressure points. Like a marriage guidance counsellor, we prefer reconciliation to divorce.

The Agency often has significant intelligence reserves, with an historic knowledge of the client’s communications, unmatched internally if the client has suffered a high turnover in marketing talent. (Of course the high rotation in Agency talent in some Agencies will contradict this observation.)

With a new Agency comes a new learning curve, for both parties, thereby adding further pressure to the Marketer’s day to day demands.

Before you take the next step to a competitive Agency pitch, a 360° review may identify basic issues within the existing relationship than can be addressed to put things back on track. A feature of these reviews is that it demands a focus from both client and Agency. It is not always the case that fault lies with the Agency, but could be an internal client issue.

Upon completion of the review, both sides of the partnership meet to discuss remedial action, and it is beholden on both parties to address shortcomings.

However, while we have referred to the Agency relationship as a partnership, it is in reality a Supplier relationship. It is the Agency (supplier) that must identify and mange recommendations to address any relationship shortfalls.

The Agency needs to adapt its procedures to fit the client’s modus operandi. E.g. it is no use demanding a six week window to turnaround a project if market forces dictate a shorter time frame.

And that is the biggest lesson for Agencies. Although they want to be in a partnership with their clients, they rarely share the cost of failure. Missed deadlines only impact the client.

We hasten to add that not all 360° reviews will end in “Kumbaya” moments.

This was evident in a recent 360° review when an Agency’s remedial action to address relationship shortfalls was to propose the hiring of a new Account Director, Creative Director and Digital Director. Clearly, there were large problems that suggested that with these new hirings, the client would be taking on an essentially “new” Agency, with all the existing baggage.

The Agency was left in no doubt as to the outcome of that review.

However, nobody was left wondering whether the relationship was beyond repair!