If it sounds too good to be true… Rates versus reality. 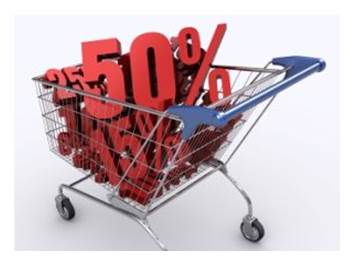 AdNews recently published an article with the headline “Discounting: Can the pants be pulled back up or are agencies all too exposed?”

The article concerned a media agency who supposedly offered an “unheard of” discount of 92% on television rates in order to win a recent pitch.

While of course the size of the discount cannot be believed, the rumour could be simply explained as one of two things:

If I were the client on the receiving end of the offer, I would ask four questions:

1. Bugger the discount, what is the value of the media on offer, and is it cost competitive?

2. How can I audit delivery of this promise?

3. Will it be sustained for the duration of the contract?

4. What fiscal compensation will be forthcoming in the event that the Agency fails to deliver? (At this point I suspect the Agency will be back-pedalling like Krusty the Clown on a minibike).

However, what I found most intriguing about this article was not the size of the discounts on offer around which the story was centred, it was the comments from the “one agency source, who wished to remain unnamed.” It concerns me, and should be of concern to marketers also.

The unnamed source claimed that “Usually, when you offer a discount to win business, you go to the media owner and it’s a case of give a little, get a little. They give you the discount, but then you don’t push them as hard on another client.”

That must ring alarm bells for marketers who have not reviewed their Agency for some time. It seems that “the unnamed source” works in an environment where their existing clients pay more to enable the agency to attract more business. Hardly sounds fair, does it.

It would appear you will get the best deal only when you shift your business!

While comments like these surround media agencies, is it any wonder that marketers are relying more heavily than ever on their procurement departments, the expertise of independent “pitch consultants” and media performance reviews to ensure commitment to, and delivery of, pitch promises?